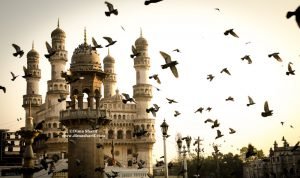 “My parents reminisce about their childhood days in Hyderabad, where a man holding a lantern would come around in the wee hours before dawn calling ‘Uthoooooo, Sahre Karoooooo!’ (meaning, Wake up, do Suhoor!). “

-Arva Ahmed, Author of the blog I Live In a Frying Pan

and owner of the food tours company Frying Pan Adventures

The Old and forgotten story of Sohoor

Let me tell you a little story about an old old tradition, that seems to have gotten lost in the folds of history. A story about generosity and giving selflessly. One about 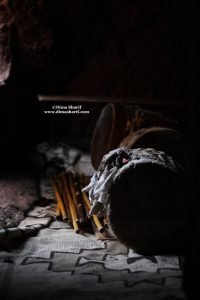 community, which was always brought to the forefront throughout the holy month of Ramadan and during the early hours of the morning.

Let me tell you the true, old and forgotten story of Suhoor…

I remember being very young, back at a time when in the city of Amman (Jordan) there used to be what we called ‘Msahher’. Msahher is the guy who, during the Month of Ramadan, goes around the streets of a neighbourhood an hour before sunrise prayer, calling out to the sleeping people to wake up and eat before the prayer is out and the fasting starts. The same voice, everyday, goes around the streets along with a drum in hand, in a selfless act, in an act of kindness, calling out and beating on the drum to wake you to have a bite. I mean, who wants to wake up so early and walk around sleep ridden streets only to wake people to eat and pray?

I remember that if I did not hear the guy, which was very seldom, mum or dad would gently wake us to have breakfast together. Although I was too young at that time to fast, and I didn’t; at our home we still gathered at the table to eat together. I remember I used to get very excited about waking up, only because mum would have a table of delicious simple foods spread out for us to eat. At those times, things were simple. It was Ramadan, people ate, prayed fasted and did good to others for nothing in return. Those were days when food was given out in Ramadan to those in need. Times, when a bakery would be open for Suhoor to give out bread for free, although ironically people could afford it back then! Times when the community was a friend, making sure its members are taken care of. In my very humble understanding, I find that those were days when we had beautiful traditions that made ours a very distinct culture and a very unique community.

I often find myself thinking about the Msahher, and especially every Ramadan. I think of the guy who used to walk our streets, and think of how he could be doing. I also find myself thinking about why this tradition hardly exists any more?! Suhoor these days is mostly a Buffet in a hotel lasting till about 2 am. It is more like the equivalent of a coffee morning these days, where the women would create a bash and guests come to celebrate, mingle, play cards and catch up! Even at home, it seems everyone is either living in another country or having a quick sandwich before they sleep.

Options are always good and change is always fine, but the Msahher tradition was profound! It should have never died, it was beautiful! 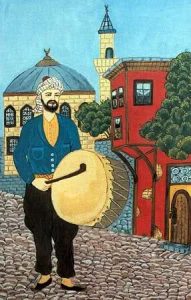 Musaherati is the person known as the ‘Ramadan Drummer’, who is assigned with waking people up to have their suhoor (predawn meal) throughout the holy month of Ramadan.

Back in the day, the Ramadan drummers were one of the most important markers of the holy month of Ramadan. Every year, during the Holy month, these drummers would roam the streets an hour before dawn, drumming and calling out to people to wake up and have their Suhoor meals. And usually people would wake up, greet the drummers, give them food and very small money in return for their service.

This tradition is perhaps one of the oldest Ramadan Traditions, said to have existed back since the first years of Islam.

While during those days the Musaherati did not necessarily roam the streets drumming, a few assigned people did roam the streets calling out “time for the predawn meal”. In both the Ottoman Empire and Andalusia, Musaheratis would drum and recite poems created specifically for the occasion. In both cultures, the drummers used to compete against other drummers to assign the best Ramadan drummer, usually the one who says the best poems, drums the best, wakes the most people and therefore earns the most. These competitions used to be taken very seriously as the best drummer, would usually be assigned the best streets, and even assigned the job of teaching the trade to new drummers. Of course, that is besides the fact that those winners earned the most money for their service.

Due to the hardship of the job, drummers have always been limited to a few, and being such a special tradition, it was therefore usually a passed down job in the family. In most cities, drummers were usually the night guards who back in the day used to roam the streets to ensure all is peaceful while everyone is asleep, so it made sense for them to become Musaheratis and earn some extra income.

Musaherati is yet another tradition that progressively disappeared in most cities. While there are continuous efforts to keep the tradition alive in some cities, such efforts are not always successful. People no longer need a Musaherati as they have their alarm clocks, mobile apps and all sorts of other means to wake up for Suhoor, and have therefore stopped paying Musaheratis for their services, making more and more of them disappear.

Despite the fact, some drummers continue to carry out this tradition, regardless of not being paid, as they believe this is a tradition that needs to be kept alive and is one of the things that give Ramadan its unique flavour.

One of my favourite Rumi poems: ‘Come, let’s escape cleverness!’

The world is beautiful, all its people are beautiful, all cultures equally important, and all the same in the end – all out there for us to explore…
Ramadan Kareem