Bitter Sweet! A Dessert With A Dark History!

The other day I was reading about Shajar Al Durr, a prominent woman figure in the old history of Egypt. Along with the Sultan Izz al-Din Aybak (whom she brought to power), Shajar Al Durr “firmly established the Mamluk dynasty that would ultimately repulse the Mongols, expel the European Crusaders from the Holy Land, and remain the most powerful political force in the Middle East until the rule of the Ottomans”. 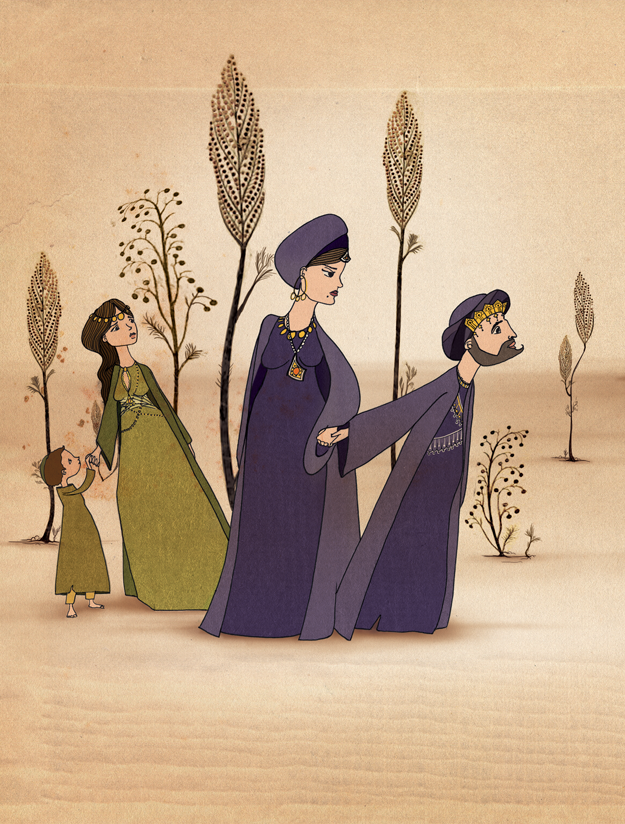 Reading this history and the woman’s name of course bring to mind the traditional Egyptian dessert Um Ali, which is a bread pudding originally made with bread, milk and honey that was created in honour of Shajar Al Durr’s death!

Yes Um Ali, the dessert, comes with a somewhat dark history! And while I had posted the recipe on this blog a few years ago (this is the link), I never told you its history. So I thought to revisit this dessert and tell you its story, because I suppose there is nothing more interesting than learning about food in history, or the history of food! (yes I know, I am one of those food nerds!)

Very similar to the Turkish Hareem Al Sultan Drama, that most are watching on TV these days, the history from which this dessert originates is filled with betrayals, murders, and rise-to-power dramas! However, this story took place during the Egyptian Mamluk era before the Ottomans’ rule over Egypt. It seems back in history, the stories were all very similar. The hierarchies within a Sultan’s entourage and the power struggle within them especially in the Harems were all of similar narratives; and this is the narrative of UM Ali…

The Originally Turkic, pretty and intelligent Shajar al-Durr was purchased as a bondmaid by Assalih Ayyoub, before he became Sultan. Then when he became Sultan in 1240, she accompanied him to Egypt and had their first son Khalil (aka al-Malik al-Mansour), and she became also known as Um Khalil Shajar al-Durr. Shortly after this birth, the sultan married her and made her a Sultana.

In 1249, after ruling Egypt for almost 10 years, the sultan died, however Egypt was under attack by the crusaders, and therefore Shajar al-Durr decided to conceal his death. Along with the commander of all the Egyptian army, they secretly buried the sultan, without declaring his death. She declared that the sultan was very ill and unable to receive any visitors, and had the servants continue to cook his meals and bring them to his private tent. Prior to his death, the sultan had not left a testimony of who should succeed him, however, he left behind a large number of signed blank papers, which Shajar al-Durr and the chief of the army used as sultanic communications, decrees and orders and eventually as a Sultanic order to swear the oath of loyalty by the Mamluks and soldiers.

News of the Sultan’s death reached the crusaders who decided to march into Cairo, then moved on to Al Mansurah, where Shajar al-Durr resided. With the help of Baibars’ plan to which she agreed, the Egyptian army and townspeople, they managed to trap the crusaders, kill Louis IX ‘s brother Robert I of Artois and annihilate the crusader force. Later, and due to the arrival of the dead sultan’s son Turanshah to Egypt, Shajar al-Durr announced the Sultan’s death. Together, Shajar al-Durr and Turanshah completely defeated the crusader forces capturing Louis IX. With this Shajar al-Durr gained power among the Mamluks who supported her to remain powerful by assassinating Tarunshah, the last of the Abbasid sultans. Afterwards the Mamluks and Emirs decided to announce Shajar al-Durr as the new monarch with Izz al-Din Aybak as the commander in chief, to which she agreed. She took the royal name “al-Malikah Ismat ad-Din Umm-Khalil Shajar al-Durr” as well as the title “Malikat al-Muslimin” (Queen of the Muslims) and “Walidat al-Malik al-Mansur Khalil Emir al-Mo’aminin” (Mother of al-Malik al-Mansur Khalil Emir of the faithfuls). She had coins minted with her titles and she signed the decrees with the name “Walidat Khalil”. She used these titles including her son’s and late husband’s names to gain respect and legitimacy for her reign as an heir of the Sultanate.

However, during the Ayyubid era, the custom was that the legitimacy of the sultan was only gained through the recognition of the Abbasid Caliph, and he refused to recognise her as a the new sultana. She therefore married Izz al-Din Aybak, making him the ruling Sultan. However, Shajar al-Durr wanted to stay in power, and wanted the sole rule of Egypt, therefore concealed Sultanate affairs from Aybak and prevented him from seeing his other wife insisting he should divorce her. Dispute and suspicions became part of the two’s relationship, and Aybak, was searching for supremacy and security too. He wanted to form an alliance with a strong Amir, who could help him against the threats of the Mamluks and against his own wife’s strong will. He therefore decided to marry the daughter of Badr ad-Din Lo’alo’a the Ayyubid Emir of al-Mousil. Word reached Shajar al-Durr who in turn killed Aybak and claimed it was a sudden death during the night. After investigations and testimonials of her maids, it was proven that Shajar al-Durr killed the Sultan, and was therefore banished and imprisoned.

The 15-year-old al-Mansur Ali, the son of Aybak, was made the new Sultan and his mother, Um Ali, ordered her bondmaids to kill Shajar al-Durr in revenge for stealing her husband and killing him as well as plotting against her son becoming the new Sultan. Shajar al-Durr was beaten to death in the Hammam by Um Ali’s bondmaids and in celebration, Um Ali ordered the cook to create a new and delicious dessert and distribute it to everyone announcing that the dessert is celebrating the death of Shajar al-Durr. Not stopping at that, Um Ali ordered that a Shajar al-Durr gold coin be placed in every dessert bowl for the people to have. All the people were happy with the delicious dessert, the gold coin and the reign of their new sultan and his mother Um Ali. They were chanting her name in thanks and called the dessert after her.

Um Ali, the dessert became known as the dessert of celebrations in Egypt, the dessert served at big events and in congratulating newlyweds, newborns, and in celebration of Ramadan too. It moved on to become a well loved and celebrated dessert all over the Middle East, however not many know what this dessert actually celebrates! The death of Shajar al-Durr!

Find my Um Ali recipe on this link.

As ever, food is way more than just the act of cooking and eating. Food is culture, history and the stories of a given people and time. This is exactly where food is most interesting.