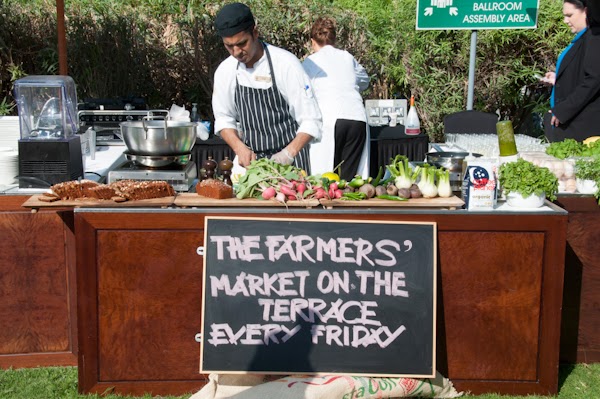 It is that time of year again,

when the season is right for picking the produce that’s been growing in the farmer’s earth. Yes, it is that time of year again when The Farmers’ Market On The Terrace (#TFMOTT) returns!! And we cannot get more excited!! 🙂

So I am keeping you posted with The Farmers’ Market On The Terrace news this week, posting a video everyday up until Friday so keep an eye here!

A NEW SEASON | A FRESH GATHERING

A Celebration of The Ritual of Growing 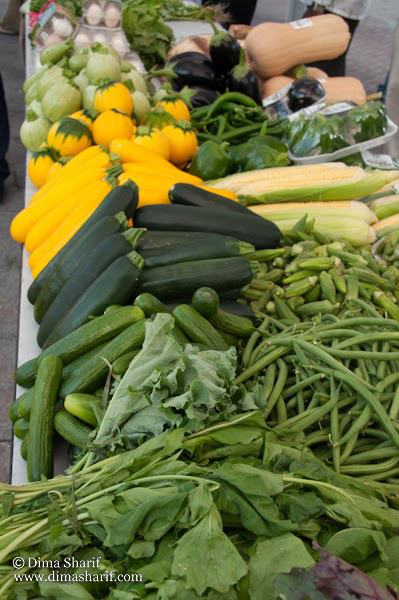 The Farmers’ Market On The Terrace (Season 6)

Since 2010, The Farmers’ Market On The Terrace has nurtured and celebrated the ritual of growing and gathering. “Bringing people together in order to help sustain, grow and restore the community. And in so doing, help mend the fabric of our lives and nutrition.” says Yael Mejia, the Dubai Farmers’ Market champion.

Asking her about the establishment of the farmers’ market on the terrace she said: “When I came to Dubai to set up our restaurant business towards the end of 2008, one of my first tasks was sourcing local and regional fresh produce. This is one of the guiding principles of our kitchen and I had no intention of changing course. I knew there was farming here and I just had to find it and connect. It took a year of investigations, phoning, cajoling, travelling in the desert, begging… and we ended up working with three farms. They delivered fantastic produce to our kitchens, mainly vegetables.”

Since then, the “field to fork” concept had landed in Dubai.

Yael went on describing: “Customers started asking questions about how we were making our food and when told about our direct farm supplies, their disbelief made me think about sharing the news and the produce. We set a date and went to the press. The media storm was incredible and 4000 people turned up that first Friday to shop. Everyone chipped in to give local produce a much needed boost and the connection between small farms and consumers has, ever since that very first market, helped invigorate and strengthen a local food system that may have languished in favour of supermarket supremacy. In retrospect we changed the conversation about food in the UAE, forever.”

At first, they had only four farmers at the first market season. It was the end of April 2010, the end of the growing season really, and after just three weeks, got too hot and produce was running out. Seven months later the market was back for a full season, it was fantastic and over the ensuing four years it has become a favorite winter fixture. The knowledge that the produce is organic, local, of such amazing quality and so cheap, has resonated with people who are concerned about what they put in their mouths and how they feed their children. And being able to connect directly with the people who grow the food we eat is something that most people think is important. Perhaps, the many global food scandals have contributed to this global concern. Whatever drove people to fall in love with this, and this farmers’ market having pioneered the farmer’s market revolution, many other markets have followed in these footsteps and as a result it is now far easier to access local organic produce in Dubai.

“All over the world farmer’s markets have made a comeback. Unfortunately commercial pressures here and abroad mean that even in my local ‘farmers’ market’ in London, most stalls are not manned by the farmers, but by market traders who move around from market to market trading other people’s products. It is rather perverse that in a country where farmers don’t proliferate, we managed to keep The Farmers’ Market On The Terrace true to basic principles. It is a farmers’ market in the correct sense of the word, still the only one in the UAE.” Says Yael and goes on explaining: “The apostrophe matters here; this market belongs to the farmers, and is for them. As a community led initiative, not a business, they don’t get charged to attend. By cutting out the middlemen, farmers are able to keep prices competitive with – or even lower than – those found in supermarkets.”

Yale says that her favorite time of the week is “without a shadow of a doubt 8am on a Friday morning, standing in the garden and watching the market coming together. All my triggers are laid out in front of me. And in my mind, I am cooking and putting together the salads and pots of the coming week.” she said.

Every season brings with it more varieties of vegetables. The farmers are surprisingly adventurous and are attuned to trends through their direct conversations with shoppers. It is a joy seeing old friends and like-minded people learning to love the people behind their food. To a chef this is heaven. Food is a great leveler, we all have to eat. Bringing people to the table is an often used term that is applied to everything these days. But the essence of it, the source, has everything to do with sharing resources, be they plenty or meager, sharing of food, conversation and ideas. This is what I love about The Farmers’ Market On The Terrace.

***
Watch the video below (Arabic & English subtitles included) and hear what the mothers, home cooks and even husbands are saying about this market and why they like to be there and shop there. This is why the people LOVE this farmers’ market and why I recommend it to YOU 🙂

This Friday 28th is the opening of The Farmers’ Market On The Terrace (season 6). The market is held every Friday 8am – 2pm (November-April), so make sure to be there and drop by to say hello, as I will be there too.

Some pictures from the Launch of the farmers’ market season 6.