“The word Tagine has reached folkloric status. People are charmed both by the promise of a complexly flavoured dish and by the visually seductive image of the cooking pot of the same name, with it’s round low-rimmed earthenware bottom and high conical top. … Tagine pots are versatile, and I strongly recommend that you acquire one.”

– Paula Wolfert “The Food Of Morocco”. 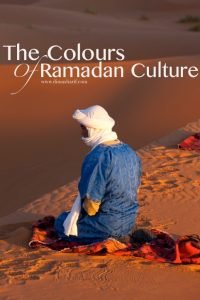 Like Morocco, a Tagine promises mystery in the shape of a round and edged earthenware plate, always topped with a conical lid that once removed can no longer contain the escaping whiffs of highly aromatic steam, making its escape, in almost a whisper, hinting complexity of flavour in a story of marriage between sweet and savoury, that could only mature under the repeated on and off showers of cooled steam once rising above all the rest of the ingredients, only to return when it has cooled, in solitude, to rediscover and reignite its own love affair with those ingredients. Like Morocco, Tagine is a decadence that comes in stages, one that you can never fully understand in terms of complexity until you have experienced it again and again, and like Morocco, a Tagine is eternal.

Tagine is a concoction that is famous for delivering the most complex flavours, tender meats and vegetables, in a fine balance between savoury and sweet. It is the kind of food that charms all those who experience it; traits that have allowed it to travel near and far, always affirming its own character.

Technically a Tagine (also spelt tajine) is a type of food that contains a mixture of ingredients, vegetables, fruits, nuts, meats, olives, pickles…. which are aromatised by spices and herbs and are either all used in the same dish or in countless combinations. A Tagine is cooked in a Tagine pot, which is typically a wide, round and deep earthenware plate with a characteristically conical lid. This pot was made this way to allow the steam building from cooking the ingredients to rise inside the conical lid, some of which is absorbed by the non-glazed walls of the lid, and the rest cooling and condensing to drop back over the ingredients, which moistens them and creates its famous tender quality. The cycle is then repeated until the Tagine is cooked through.

Because it is made out of earthenware, the heat is retained inside the Tagine pot and therefore it is more or less like an oven containing the food. This is especially unique for Tagines as in that pot the food is both steamed and baked and consequently very tender. While the pot promotes the perfect cooking conditions, the ingredients of Morocco allow the best of flavours to develop. 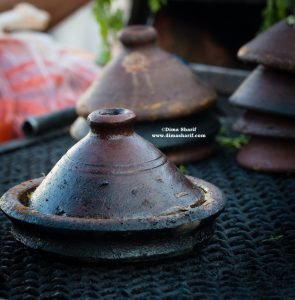 The Moroccan produce is known to be of excellent quality. Together with secret spice mix recipes, and the use of aromatics by the Moroccan people, who are evidently food artists with a fine understanding of flavour combinations, all of which combined, produce delicious dishes.

If you are after preparing the perfect Tagine then you must get your hands on a proper Tagine pot, the food is absolutely 100% better when cooked in a Tagine pot. However, you can still use a regular cooking pot for carrying out a Tagine recipe, and while it will definitely work and taste excellent you won’t get the full effect: Perfection of rich flavours in the form of melt in the mouth tenderness.