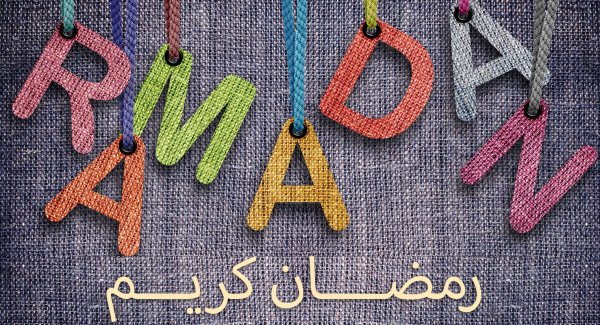 “My Ramadan food memories come from my family’s very Egyptian kitchen in the US, where I grew up. One of the most important aspects of the season was to feed the community around us.”  – Sarah Dajani, Pastry student at Le Cordon Bleu Paris

While the US is not the first place that pops to mind when saying Ramadan, there is a Ramadan culture in some areas over there too. Whereas only the Muslims observe the fast, but more and more people join in the cultural aspect of the Holy month, which is mainly characterised by being a time to focus on good deeds and acts of supporting the community.

From charities, fundraisers, to even sponsoring orphans… many such activities take place in the US during the month of Ramadan. Some of these activities are done through individual efforts, and others through organisations, however, all are aimed to support the community within which one lives. In this effect, large communal Iftars are usually organised not only for family, friends and neighbours, but also extended to anyone in need of a good meal, including non-Muslim and non-fasting members of the community. Donated packages of food stocks to feed a family for at least one week, are organised, packaged and delivered prior to the start of the Holy month to ensure those in need are ready for the fast. Such a commendable effort, befitting with the original Ramadan spirit, in which community and supporting others are crucial. One to be inspired by actually.

While in the very near past, this used to be the culture of Ramadan everywhere, it seems that over the past decade, many have reduced Ramadan to just fasting, and even by that, only abstaining from eating and nothing else! A whole month of no work, sleeping all day, watching TV and hanging out at coffee shops all night long! Let’s not forget that Ramadan is the month to consider others – one of the main objectives of fasting – and extending this consideration to the community in actions rather than just thought is more Ramadan in essence than breaking fast after a day spent sleeping and spending the rest of the evening pinned in front of the TV slurping soft drinks and munching on sugary foods. This is, in the end, the real essence and culture of Ramadan, not the tents, the lavish foods and the waste of, the TV programmes, and the card games lasting until right before sunrise to ensure sleeping all day. While one can still enjoy those fun activities, Ramadan is a celebration at the end of the day, however, balance is what makes the difference. Perhaps that balance lies in doing good for others, and doing good for one’s too. Taking a little and giving a little, after all, too much of any one thing defeats all purpose.

My friend, Sarah Dajani, who is currently studying French Pastry at Le Cordon Bleu, grew up in the US. When I asked her about her family’s Ramadan traditions, and her early memories of Ramadan, she described it as being characterised by communal work. She said: “One of the most important aspects of the month was to feed the community around us. We spent weeks preparing for a major Iftar dinner in which we would invite nearly 100 members of the local community, including non-Muslim friends who weren’t fasting, to share in the feast. I was always in charge of dessert, so I spent the majority of the day melting chocolate and dealing with pastry emergencies!” Sarah’s family had lived in Egypt before moving to the US. She describes that during Ramadan her family’s kitchen becomes very Egyptian. Just like most people, Sarah’s family cooks and enjoys the comfort foods of home, in their case the traditional Egyptian cuisine. She described a typical Ramadan menu at their home as follows:

When I asked Sarah how cooking is different during Ramadan, and how her day is different during the Holy month, she said: “Most days of the year I spend all my time thinking about food. In Ramadan that stops. After several days of fasting, your stomach becomes barren, and your mind adjusts to the fact that you can’t snack or slurp during the day. It’s a kind of liberation. Free of those fixations, your thoughts become clearer and the evenings turn away from indulgence and towards contentment. So cooking and eating becomes more mechanical somehow, although no less enjoyable. Another difference is, weekends are usually spent at friends’ houses, while during the week, I like to eat in and conserve my energy.”

I also asked her if there are any specific Iftar or Suhoor foods that she has by means of traditions? She like everyone else will breakfast with a date, which gives her body energy and a cup of water to rehydrate her body. She also said that since she had been spoiled with the Jordanian ‘Madjool’ dates, she can no longer break her fast with the other tougher and leathery varieties. As for Sohour, she only has a cup of water at 4 am as if she eats more her stomach feels queasy for the rest of the day.

“I have friends who have a few cups of coffee for suhoor and then head straight to sleep, to avoid the caffeine headache the next day. I cannot do that.”

Hope you have enjoyed exploring Ramadan in USA, but mostly I hope you have been inspired to remember the real essence of the Holy month of Ramadan. Why not dedicate some of your time to helping others and supporting your community?

Food For Thought – “We may have different religions, different languages, different coloured skin, but we all belong to one human race.”